Check Out Our News Section 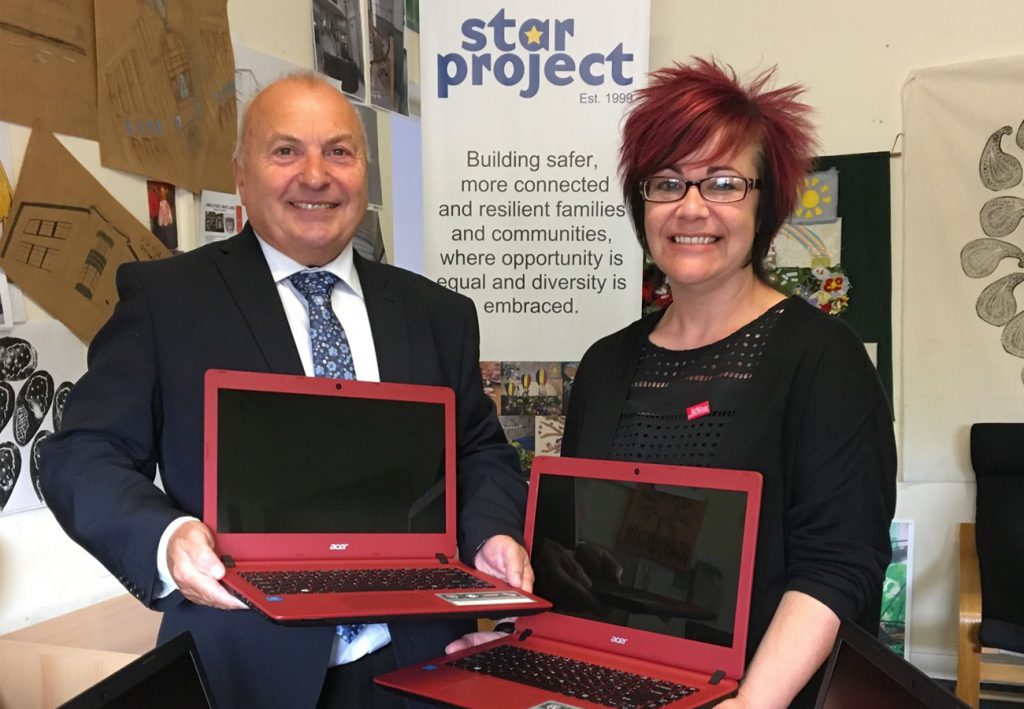 On Thursday 24th August 2017 Hugh Gilmour, Vice-Chairman of P³ presented Sharon McAulay, Project Manager of The Star Project based in Wallace Street, with four laptops. They were gifted to young people aged between 7 and 14, for their sole use, whose parents and close family seek support from The Star Project.

“The P³ Committee are incredibly appreciative of all the effort from the team at Gleniffer High School. Securing this grant enabled P³ to undertake this project. Two additional laptops were purchased with a further grant from the STV Children’s Appeal. In total twelve local youngsters benefited from this initiative”.